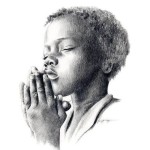 After his friend revealed the sale of his whole stock in nine companies, a Kenyan tycoon is now tallying his losses.

Noorani claimed in the notification that he was attempting to recoup Ksh195 million from the latter after he defaulted on a debt.

“The public in general, as well as the directors and shareholders of the following companies (listed companies), are hereby notified that on December 16, 2021, the Honourable Court in the aforestated case issued orders for attachment and sale of all shares owned by Rajendra Ratilal Sanghaniin in realisation of a debt of Ksh195 million plus monthly accruing interest, whereby the said shares remain encumbered and the said person’s interest in the shares of the highlighted companies remains en.

Real Court Limited, Real Management Services 2002 Limited, Fiona Investment Limited, and Shivali Holdings Limited were among the companies in which the tycoon had holdings.

The feud between the two friends began in August 2012, when Noorani gave Sanghani Ksh477 million on the condition that the money be repaid with 18% interest.

Sanghani later partially repaid the money, but due to financial difficulties, he was unable to settle the remaining debt of approximately Ksh167 million, which has subsequently accrued interest.

He filed for bankruptcy, but it was denied because he had various interests worth millions of shillings, according to the court.

“While the court is not expected to conduct a thorough investigation into the debtor’s fortunes (or misfortunes), the evidence presented must be sufficient to establish a prima facie (i.e., accepted as true until proven otherwise) case that the debtor is insolvent and unable to pay his or her debts,” the Judge ruled.
When Noorani tried to sell the shares, he discovered that they had been registered under several names and that Sanghani was living a wealthy lifestyle, according to reports.

Sanghani, according to the complaint, possessed a number of properties in Nairobi and Mombasa, including two residences on Riverside Drive worth Ksh450 million and two others for Ksh800 million.

What You should in the event your drink is Spiked.

Erik ten Hag has been warned by Patrice Evra not to include these players in his Manchester United rebuild.

9 years of marriage for King Kaka and Nana Owiti.

Raila Odinga’s votes would be protected, according to ICT CS Joe Mucheru.

Marcus Rashford has been told that there is no doubt he will play for Manchester United next season.